Since completion in 1858, Leeds Town Hall has played host to many of the most influential and ground-breaking artists from across the globe.

The latest – and possibly one of the most immersive in recent years, being the extraordinary Manchester Collective, who on Tuesday 9th October, hopped over the Pennines to captivate an audience with ‘Romantic Hero’, the first work of their 2018/19 season.

With a brief to create radical human experiences through live music, for everyone – their mission was accomplished in Leeds. Invited to sit above the stage in the orchestra seating, the audience were already enjoying a break from the norm, as Pianist Jayson Gillham opened with pieces from Schumann’s Waldszenen Op. 82 (Forest scenes).

His solo piano pieces were interspersed with a selection from Kurtág’s 12 Microludes for String Quartet, which filled the stage, although the artists actually played while hidden behind the 50’ high organ that is the centrepiece of the venue. The effect was transformative, as the contrast in pieces led the audience from light, to dappled-shade, to darkness – just as a journey through a forest might do.

With his engaging accent and easy manner, The Collective’s MD, Adam Szabo introduced himself during the first-half and advised that he and the other musicians would be available during the interval, to chat about their work – and how they hope their often-challenging programming choices will bring ‘Art with a capital A’ to new audiences.

The Q and A session in the break, only served to make the audience feel even more connected to the music and musicians – and is an element of the evening that undoubtedly makes not-for-profit Manchester Collective, one of the most important ensembles currently bringing classical music to UK audiences. 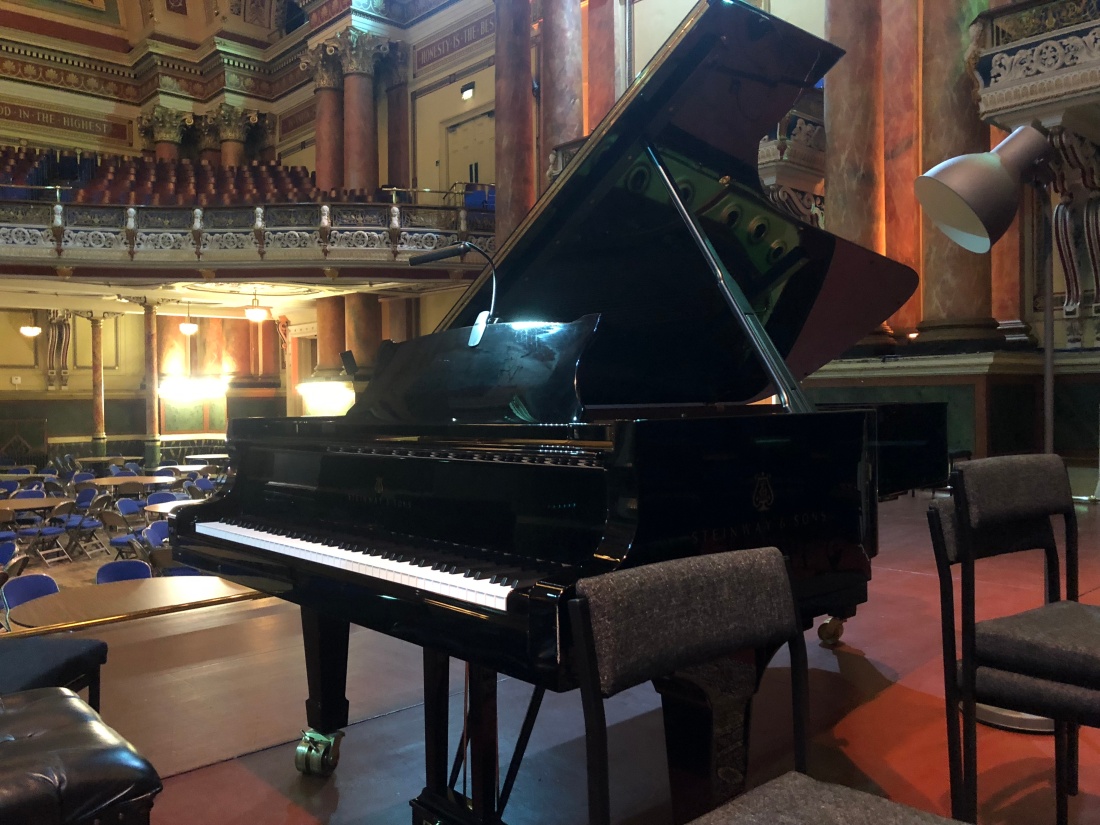 Nigel Westlake’s Piano Trio opened the second section of the programme, before Rakhi Singh (Violin), Eva Thorarinsdottir (Violin), Kimi Makino (Viola) and Nick Trygstad (Cello), along with Jayson Gillham, beautifully performed what is held to be one of Robert Schumann’s most important works:  The Piano Quintet in E-flat Major.

In Leeds, Manchester Collective communicated their intimate love for their music – and by daring to break rules and challenge established norms – are connecting audiences young and old with chamber music, in a way that guarantees the genre is as relevant in the 21st century, as it was in the 19th.

Manchester Collective return to Leeds Town Hall on Thursday 22nd November, with the second element of their 18/19 programme – Schoenberg’s Pierrot Lunaire. The performance is set to be presented by BBC 6 Music/Radio 3 broadcaster Elizabeth Alker, who: “Will guide audiences through the emotional wreckage of this musical apocalypse”.

Tour dates and further information can be found at: https://manchestercollective.co.uk

View all posts by cpetchwriting

This site uses Akismet to reduce spam. Learn how your comment data is processed.